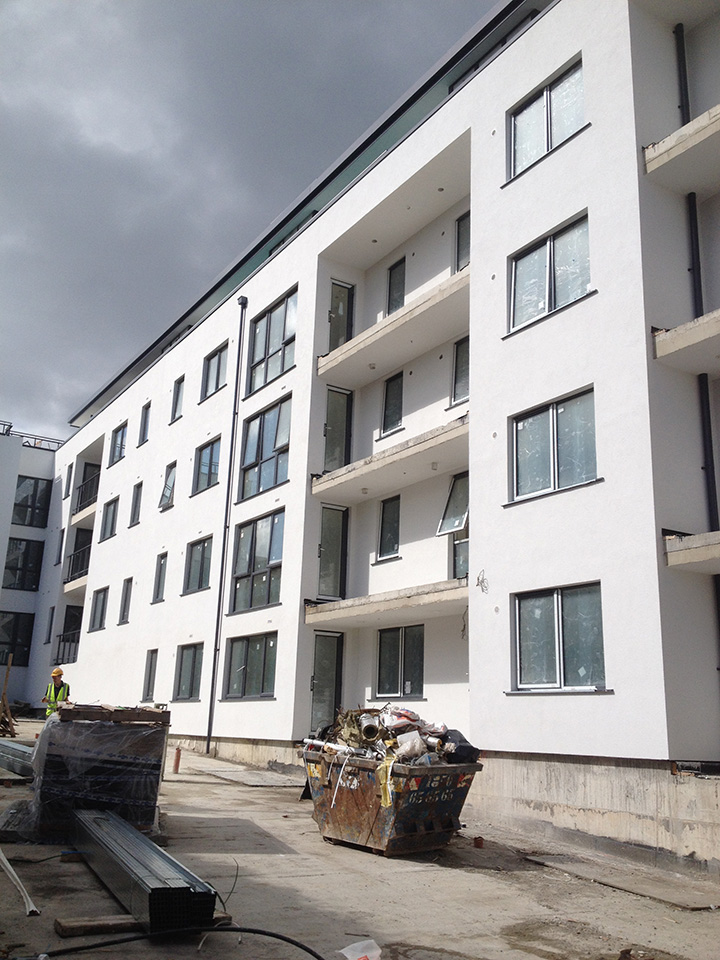 Insulation was completed in late in 2014 and the project now comprises two ground floor commercial units and 83 luxury apartments.

The building is one of the tallest buildings in Dun Laoghaire and is a flag ship project for Shannon homes, Ben Duff Ecofix and Baumit.